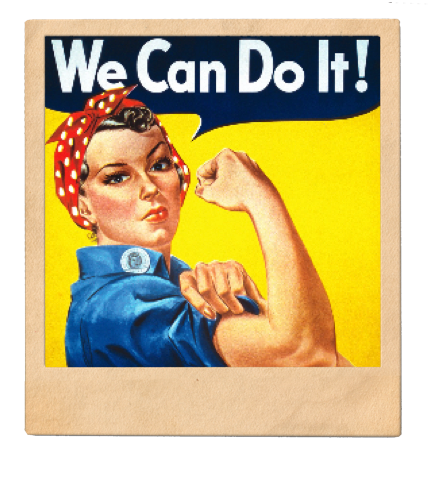 As part of this month’s Focus In theme of Women & Finance, we wanted to provide a brief history of Rock County women in the workplace!

Rock County’s heavy ties with industrial goods and businesses provided a unique look at how women have fought to remove the inequalities in the workplace. Companies Fairbanks Morse and Company, Beloit Corp., and the Iron Works started employing women after World War II began when the majority of men began to leave for the war. Instead of going back to their lives pre-war, women fought to stay employed after the men returned, forever changing the American workforce.  These women faced unfair and unequal wages, given very little professional respect and were often given the least desirable jobs.

Fairbanks Morse & Co., in particular, was very tied with the war, producing and supplying necessarily war materials and their demand for labor increased. Seasoned male workers grabbed on to the more labor-intensive positions within the company, because typically the more physical labor that was involved the higher the pay (furthering the division of pay).  When entering the factory, multiple rules were created that targeted women.  Such as women had to wear uniforms (men were not required to), of which they had to pay for themselves. Another rule included that married women were not allowed to be hired, unless their husband was mentally or physically “unfit” to support her. Craft unions began to pop up, created by the male workers, which strived to prevent women from entering the workplace as easily. To do so, many would participate in acts such as firing any factory managers that gave the female workers instructions or help. 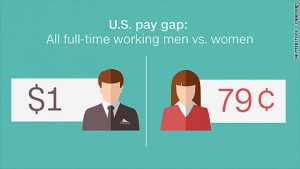 Currently, all factories are required by law to have zero discrimination policies on race, color, religion, sex, sexual orientation, gender identity, national origin or veteran status yet the Fairbank Morse currently only has one female machinist on the factory’s floor. The 2015 US Census Bureau also released that the median woman only makes 79 cents for every dollar her male counterpart makes (and gets even worse with race, see graphic below from 2013 statistics).

We are on the mission to find and sit down with some of the inspiring people of Rock that can relate to this month’s theme of Women and/or Finance. Contact the RCHS Story Squad if you have any stories you’d like to tell. Either write yours in person at our Wall Exhibit at our Janesville campus, through our website form, tagging #HistoryInFocus on your Instagram post, or by contacting LeeAnn Severson, the marketing manager, at lseverson@rchs.us if you’d like to help collect these stories as a member of Story Squad!