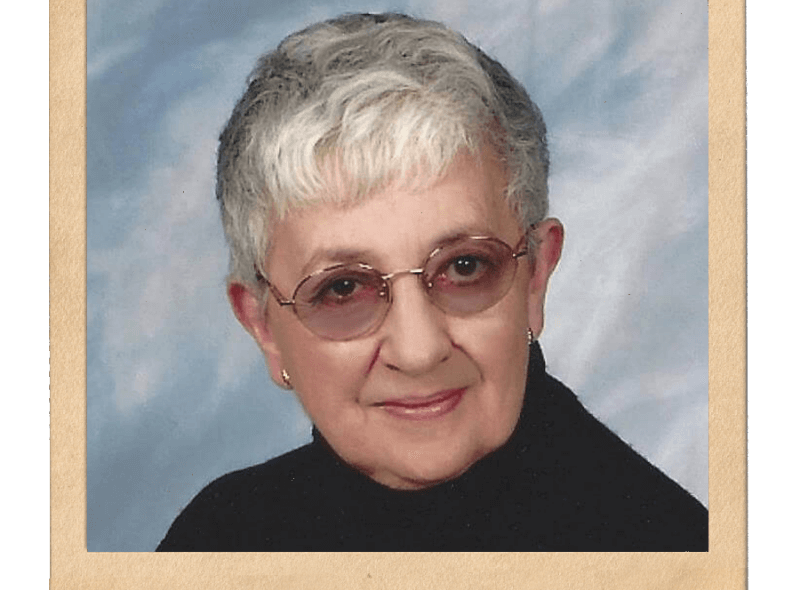 When did you come Rock County and what brought you here?

I moved to Beloit in 1973. The idea was to restart the Beloit Janesville Youth Orchestra. They had had a youth orchestra conducted by Pat Dalvit, wife of Beloit Civic Orchestra founder, Lewis Dalvit. After they left, it had dissolved. So I came to do that. Before that, I had been teaching for 6 years in Indiana, General Music and Orchestra. Then 8 years of orchestra and choir at a high school in Skokie, Illinois. I took a year out to study Orchestra Conducting and Harmony/Music Theory at the American Conservatory of Music. There I spent some time working with professor Stella Roberts, who had been a student of famed musical pedagogue Nadia Boulanger. During that year I substitute taught in Chicago high schools, mostly English, but whatever they’d throw at me.

Tell me about your career in Rock County.

So, after I came to Beloit, I got the Youth Orchestra started and taught private lessons, as well. In the summer of ’74, some Janesville friends suggested that I might start a Suzuki program here. The strings program in the schools was going down at that time and there was concern. I started that in the fall of ’74 and did that for several years. We had a wonderful group of Suzuki strings. My youngest student was 3! I had a class of students who were about 5, 6 and 7. It was a challenge for a single woman who’d never had kids! But, we had a lot of fun. And many of them went on to really do well with strings, so I was happy with that.

I moved to Janesville in ’76, because at that time I was teaching Suzuki in Beloit, Janesville, Edgerton and Whitewater, and Janesville was more central. Around that time, people from the district came to me to ask if I’d be interested in teaching strings here in the public schools. It was a hard choice, because I enjoyed the Suzuki work so much, and the independence, but it was fun getting back into public education, and I enjoyed that. My first year, I taught at 8 schools. I think I drove more than I taught! I taught at Edison and Parker and Franklin and the elementary schools. I started in ’77 and retired in ’99. It was so much fun to see the program grow! Part of it was because of the Suzuki program. We were seeing those students on both sides of town, which was feeding into both Craig and Parker. I started at Parker with 7 strings players. We ended up with about 50! The program really blossomed over several years.

Another thing that helped is that I started the Golden Strings along with Ed Reich, Kay Gray and Walt Schroeder. I directed and arranged all their music. You have to write a little differently for a strolling group than one sitting in one place. We were strollers, and that helped people in the community to become more interested in what strings could do, because we were out there to be seen, and they liked what they heard. We had a great time with that and some wonderful experiences. We went to Europe 6 different times with those students. Wonderful trips, enjoyed every minute of it! We played in some incredible places; the Hotel Deville, which is City Hall in Paris, some pretty unusual ones. In ’89 we were there in Czechoslovakia and Hungary just before the fall of the Soviet Empire. We played for an Economic Summit of some Eastern Bloc nations, who did not seem like happy people. But by the end of it, they were dancing in the aisles! I worked with the Golden Strings until we had to dissolve it. The district felt that they could no longer support the idea of 4th grade strings, and this changed things in the program.

What was really neat, though, was to see the interest for strings grow in Janesville. I think starting the Walk in Messiah also helped. I first did it at Trinity Episcopal Church. We didn’t anticipate the crowd, though, so we had to put people in the basement and put microphones on them! I stayed involved with that through the years. The last time I conducted was in 2011.

What have you been involved in outside your teaching career?

A few years ago, I had a quartet called Opus IV. We had Ron Bertsch on piano, Wayne Wiley on drums, we had a singer, Kathy Henry, and I played stand-up bass. We played jazz standards and had quite a few gigs. For a while, I played gigs at restaurants as a jazz pianist. I played at The Buckhorn, The Beloit Country Club and the Armory, for events at JPAC and places like that. Now I’m playing with the Blue Velvet Band down at the Senior Center, they’re a big band. That’s fun.

MacDowell Music Club was something I joined when I first came here. As a matter of fact, they sponsored a demonstration program of Suzuki children from Madison to get me started with my Suzuki program. It was a wonderful way to network with other musicians and to get acquainted in town. It’s a great organization, affiliated with the Music Clubs of Wisconsin plus at the national level. They do a lot of good things, including pretty hefty scholarships. I think people don’t realize the amount of investment required for a child who wants to study music, and a nice little scholarship is helpful. They’ve averaged $500 per child. It’s still going and I have been a judge for the scholarships over the years. I am currently still involved with the MacDowell Music Club.

In 2001 I won the Arts Hall of Fame award and I had found out about it just before my mother passed away. She had had a stroke, and though I told her about it, I don’t think she could understand.

I still direct the choir at Trinity Episcopal. They’re good and I enjoy it very much. I’m noticing, as are my colleagues who conduct choirs that the choir members are getting older and we’re not finding younger people who are interested in doing that. I think part of it is that for many years we didn’t teach children much about note reading. They’re doing it more now, though.

What sort of changes have you seen in the area?

Years ago, I had played viola with the Beloit Janesville Symphony Orchestra, and it was kind of sad seeing the changes that took place with them, seeing the Beloit Symphony dissolve for a time. But now they’re back again. And there was the change in removing 4th grade strings, which my colleagues and I advocated strongly to keep, siting the connection between music study and brain development. We even had the test scores to prove our case. But, that fell through. And, I had hoped that something like the Golden Strings could come back because I feel that it’s a great way to keep the people in the community involved, they liked the music and seeing the kids.

Do you plan to stick around Janesville?

Oh yes. Everything I love and hold dear is right here. I don’t think I’d fit in with a retirement community in the South. I mean, I used to golf…but no more. We have so many things here in this town, lots of opportunity with music concerts and all. I think we’re lucky even with our location. We’re close to Madison, if you want to go there, we can easily make it to Milwaukee, even Chicago isn’t impossible.

I have directed the music for the Rock River Repertory in Edgerton for their productions of Secret Garden and when they did Les Miserable. I’m so impressed with the things that go on at the Edgerton Performing Arts Center. So, it’s just a lot of arts falling into this community! Furthermore, Beloit’s doing the same thing. It’s area wide, almost a Renaissance. It’s all tied into our recovery from our dependence on GM. It’s almost a healthy thing that GM is gone, because we have the small businesses growing, and diversity here, which we needed. We are no longer reliant on one company. And we the things that they’re doing downtown, again, that’s going to draw people in…so more cultural opportunities. I’m excited!