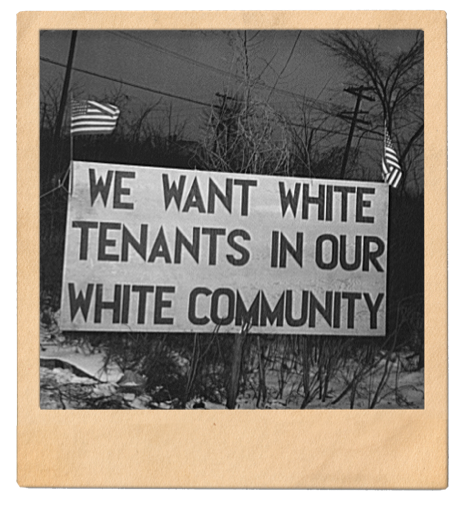 What do the towns Clinton, Milton, and Plymouth, as well as the cities of Evansville and Janesville have in common with one another (beyond all being a part of Rock County)?

The answer- All of the listed towns and cities above share the same history of being sundown towns. And what exactly are sundown towns? Even though the southern states in America are generally most known in history for having the worst African-American laws and society standards, the Midwest is not untouchable either- Rock County included. Sundown towns could be defined as towns where after sunset, no black or African Americans were allowed inside the city limits.

Mieke Miller, 21, born and raised in Janesville and now a current student at Beloit College only heard about sundown towns recently, when she went to see the new movie, Hidden Figures, with her mother who told her about them. When asked about what she remembers learning about racism when she was a kid growing up in Rock County, she says, “I distinctly remember learning about Martin Luther King and along the lines of ‘we’re all equal’ but I don’t remember any localized history… Any sort of education I got about race in Janesville or local history didn’t come from any official capacity.”

The Midwest had the most sundown towns in the country overall, with Illinois ranking the highest with over 300 suspected sundown towns, (Wisconsin has an estimated one hundred towns in comparison), and were most apparent between the years 1890 and 1940. The use of sundown towns included the removal of Black populations within these towns because they were not allowed to live within the city limits either. The removal of the black population was carried out by white citizens (in the form of supremacist mobs) who would use brutal violence and threats to do so. And in some towns, actual laws had been passed to enact sundown towns, with policemen following through on the orders.

Miller continued, “I also remember there was a lot of discrimination and negative views on the Fourth Ward [an area in Janesville]. It’s a really poor area and has probably the highest black population of Janesville, and the schools there were usually viewed as the worst in the area…. And I remember that a big term thrown around in school was “Betroit” [a mix of Beloit and Detroit] which a bunch of kids probably laugh at thinking its funny but I think it’s because it’s a mostly poor area, and has a higher black population for Janesville. I know that all the General Motor workers of the Janesville factory lived in Beloit too.”

Rock County has come far since then, but it is important to be educated about history regarding race to move forward towards a more inclusive and diverse community. What racial impacts do you think sundown towns have had on current-day Rock County?

Miller on whether or not she thinks the people of Rock County would be surprised to hear about many of the areas having the history of being previous sundown towns she said, “I think some people would be shocked to hear about it even though we’re obviously a very white area.  You don’t realize there are some nefarious origins- the horrible history that’s led up to it being so white.” Miller believes Rock County is heavily segregated still to this day due to sundown towns (in combination with other factors such as white flight and racial steering as mentioned above).

Contact the RCHS Story Squad if you have any stories you’d like to tell. This month’s theme is stories involving love or hate (or both). Either write yours in person at our Story Wall at our Janesville campus, through our website form, tagging #HistoryInFocus on your Instagram post, or by contacting LeeAnn Severson, the Marketing Manager, at [email protected] if you’d like to help collect these stories as a member of Story Squad!