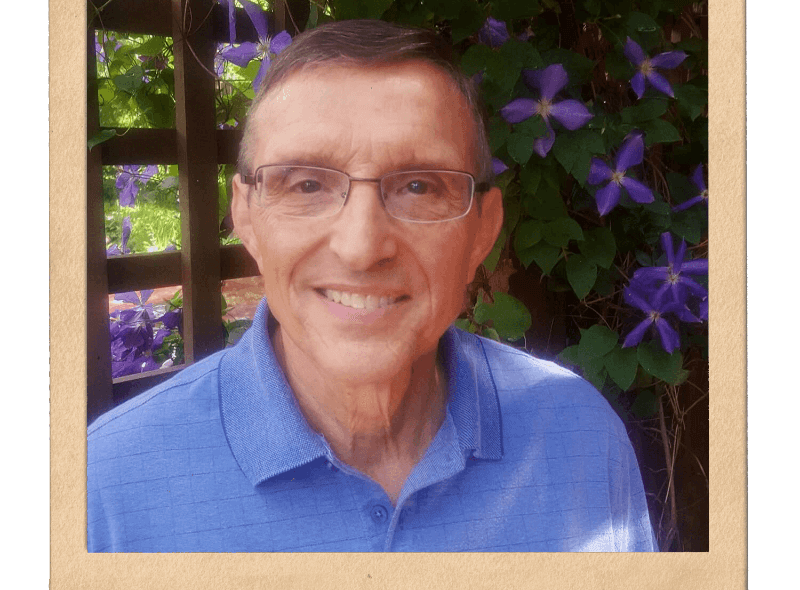 How did you end up in Rock County?

I was born in Brooklyn, NY, and was there until 1st grade. Then we moved to Queens. Being born in Brooklyn kind of gave me this strong Brooklyn dialect. We moved here in 1970 after Jeanne and I got married. We got married on a Saturday and started our in-service with the school district on a Wednesday! So, we just decided we’d be on honeymoon forever. This year we celebrate our 47th wedding anniversary.

I came here to be a social studies teacher. We had planned to be here for 5 years and then return to New York. It was hard for Jeanne to get an elementary teaching job in New York in 1970, but not hard for me to get a job here in secondary, as there were positions available. And it made no sense to have her stay at home wife spinning her wheels. So, I wasn’t sure what I would get my master’s in.

And knowing from my homework on the community that we were a pretty homogeneous place, so I’d ask, “So where do you think I’m from?” They’d say, “Well with a name like Santo… (pronouncing it incorrectly with an a as in ‘father’, instead of an a as in ‘apple’), you must be Latino and you’re Puerto Rican.” And I looked at them and said, “No, I’m not Puerto Rican.” I could tell they were relieved that I wasn’t Puerto Rican. So then they’d ask, “So, are you Mexican?” I said, “No, I’m not Mexican, I don’t even speak Spanish.” And I could tell again that they were thinking, “Oh, that’s good, he’s not Mexican.”

Each of those reactions was like a shot in the heart, this is crazy. But when they learned that I was an Italian American, they seemed to think that was acceptable. And it broke my heart. Because I thought about those who were Puerto Rican or Mexican or Black…I knew they would not be welcomed here. So I went home and said to Jeanne, “I don’t know if I want to stay here. This is not a comfortable feeling. And if we’re going to raise children here in this very homogeneous environment…”

Tell me about your career:

We were going to get our master’s anyway, so I decided to stay and get my master’s in Multicultural Education and African American History. And I did Russian History, and finished that up in about 1973.

I asked my supervisor if I could teach a class on African American History at Janesville Craig High School. And he said, “Who would take it? We’re all White.” And I replied, “That’s my point. Everyone around here seems to think that if you don’t look like them, talk like them, act like them that there’s something wrong with you. How are we going to prepare these kids to leave Janesville to go to the universities if they know nothing about people who aren’t like them?”

He was good. His name was Jack Zei, the Social Studies Coordinator/Director of Instruction at the time. I was only 24 then, but I wrote the curriculum and started teaching the class. There were many supportive teachers, but some of them thought I was crazy and didn’t want to participate in helping teach the class. We had phenomenal enrollment. We started out with 8 sections, so I ended up in-servicing teachers.

I also ended up soliciting advice from other teachers on how we should teach this class. Just because I wanted to teach it didn’t mean I was the “authority” on it. So, we started ‘in Africa’. For one semester we taught a complete U.S. History class in one semester. And I had parents who would refuse to let their kids take the class, who would not sign the waivers for their children and used all kinds of ‘interesting terms’. Then I had kids who would sign for their parents and took the class anyway!

Two-thirds of my students were female and it was quite an interesting learning experience for all. Here we are 30 years later and I’m still in touch with a lot of those kids. It was a life changing experience for them, and for me, as well, because, as a teacher, you learn more from teaching than anything else. It was like, wow, I didn’t realize what I was getting into!

I taught classes, including mine. But, then the district went through some changes and they told me it was due to that class until the mid-80’s. Up until that time, you could fulfill your social studies requirements with a variety of classes. But, they told me that it was because of budget cuts that I couldn’t offer the class anymore. But I thought, “Are you serious?”

Then, in 1992, Ken Petersen invited the Ku Klux Klan to Janesville. 60 members of 13 white supremacy groups, including the KKK, skinheads and neo-Nazis from 11 states, showed up at Petersen’s house on Cherry Street. Meanwhile, more than 100 people gathered for an anti-Klan rally at the Rock County Courthouse. The two groups clashed, with the help of Geraldo Rivera, making national news. There seemed to be resurgence in racism here.

We took kids on retreats, and we’d invite various people in, like Officer Tubbs, who was a police officer in Beloit at the time. We invited people from UW Madison and Whitewater. Our daughter was in middle school at the time and they would do experiments, like exploring an orange. But, they would close their eyes and run their fingers over an orange and tell each other what you’d feel, instead of what you see. It was a nice opportunity for kids to start thinking about differences and diversity.

Then, Mike McKinnon, who is now my supervisor, had an opportunity to go to a diversity training workshop in Milwaukee. It was basically to ‘train the trainers’. He wasn’t able to go, so he asked me if I wanted to go. So, I went through the training. It’s really interesting because what we started doing back in ’93 and ’94 has changed so much. I was thinking that by now we should be done with our work, we should have worked our way out of a job by now. But, it’s needed now more than ever…you change one heart at a time.

Tell me about your involvement with the Diversity Action Team:

A lot of people jump on the bandwagon and do diversity work for all the wrong reasons. They want to meet requirements, take care of standards. But they’re not necessarily passionate about trying to create an inclusive workforce.

They call me up and say they want to have a more diverse workforce. Before you recruit, you need to retain. And in order to retain, you have to be culturally competent. So that when people do come into your organization, they want to stay.

The Diversity Action Team got started by Leslie Brunsell. She’s like the “Grandmother of DAT” takes on the role with pride. I was a part of the group that got it off the ground. We started in about 1998 and we started meeting in the United Way building.

I was in the classroom and started bringing kids with me because I wanted the kids to be involved in what I thought was a great grassroots organization to encourage people of color to not only come to our community, but to stay. Why would they stay if they didn’t feel like they belonged?

So we started the main focus of the program – to teach. We do different programs dealing with diversity, dealing with all the physical, emotional, intellectual differences we all have. We operate under the umbrella of the Community Foundation of Southern Wisconsin. I just completed my second term as President of the board, but now am the treasurer.

Tell me about your business:

I purposely retired to start my business, S & J Consulting, LLC. We do diversity consulting and training with customized diversity programs for employees. Jeanne and I work together, but we don’t train together, that keeps our marriage together!

We do a lot of work with schools, basically imparting the idea that just because you have students of color, and they’re poor, that doesn’t mean they aren’t smart. You don’t want to push them aside; rather you want to work with them. Most teachers are wonderful and welcome the opportunity to learn.

My good friend the late Bob Baldwin said, “You don’t know what you don’t know.” We have done consulting with several school districts in Wisconsin, parochial schools, with the YWCA, UW Whitewater and Oshkosh, KANDU Industries, various youth organizations, and even the U.S. District Court in Madison.

Tell me about the changes you’ve seen in the diversity in Rock County over the years:

We have a city that has started to look into diversity. We’ve done some work for the city and we actually have a “diversity statement” now. We had a City Council President, Sam Liebert, who is African American. We are at a point where the police department has an African American Liaison Advisory Committee, of which I am a member. That is run by an African American, Jason Davis.

Chief Moore is very supportive and he is doing a lot of good things to train his officers. So, rather than reacting to situations, they are learning to respond to the changing demographics. At the end of the day, they just want to still be alive. I tell them, too, “You need to be vigilant and aware. Often YOU are stereotyped. It doesn’t matter what color you are. A cop is a cop.”

Our systemic racism is so deep, that even our cops of color are marginalized citizens of color. And for people raising a Black kid, male in particular, there are things you’re going to tell him that you wouldn’t consider telling your White kid.

I wish we could say, “Let’s get together and figure out how to build bridges. What can we learn from each other?” We are just richer and better working together. It is to our advantage to work with each other.

Do you plan to stay in the area?

Yes, very much so! We’ve been here nearly 48 years. I always say, “If you don’t like where you are, then why are you there? Find have to a place where you feel comfortable.”