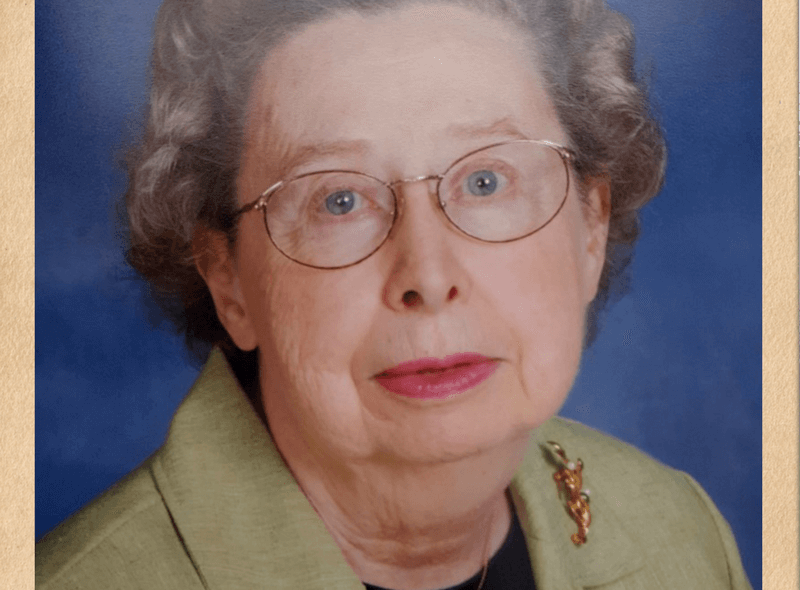 We moved to a farm in Harmony Township in June of 1941. In September, I entered first grade at Blackhawk Country School on Ruger Avenue. The school had no running water or indoor plumbing. Since I was quite small, I had to have a box under my feet.

When we were in about third or fourth grade, we became teacher’s aides, taking younger students into one of the two coatrooms to listen to them read and to go through math drills. We all had duties such as cleaning the erasers, sweeping the floors, helping the teacher “mimeograph” papers (this was a gelatinous roll on which one spread water and then placed the paper to be copied on top, and then rolled a fresh sheet one page at a time), and bringing in water from the well.

We had one piece of playground equipment – a merry-go-round; however, the Rohertys let us slide down their hill in the winter on our sleds, and we played baseball on Brakefiled’s pasture in the spring and fall. School was closed a few times because were all sick with the measles or chickenpox.

I didn’t realize until I was in college that I lived in an extended family. My grandfather came to live with us for several years; several cousins lived with us at various times, as well as foster children.

Tobacco was our cash crop – very labor intensive. My dad offered us kids five cents per tobacco worm that we brought in. The first day we picked off 200 worms – the price dropped to two for a penny! One year we raised tomatoes for the canning factory. We had to pick the crop ourselves due to the war. The last day of picking tomatoes, someone threw a ripe tomato…and the fight was on!