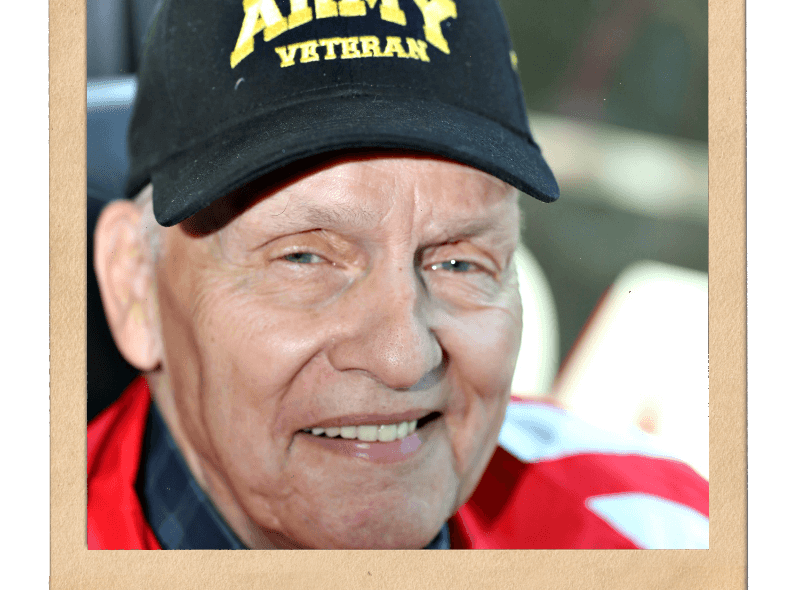 When did you come to the Rock County area?

We moved to Janesville in 1972 from Omaha, Nebraska. I was up in Canada at a Child Welfare Convention. There, I met someone who told me they were looking for a Social Worker to come to Rock County to work in the Janesville and Beloit offices of the Children’s Service Society, which was with The United Way.

So, I took the job and worked that field up through 1987, for 15 years. I worked on adoptions, foster care, counselled unmarried mothers. In my later years, I did a lot of individual counseling. It was a good experience. Janesville people have been very good to us. We love the community.

Tell me about your time in the service:

I was drafted. I had been working up on an Indian Reservation in South Dakota. That was my first job in social work. It was right near that Dakota Pipeline controversy area. The reservation was part of Standing Rock, and I had to go out talk to the Native Americans, the Sioux people. I helped them with their applications for assistance.

I worked there one year, and then was drafted in the Army. I was at U.S. Army Fort Leonard Wood, located in the Missouri Ozarks, for basics. Then I went to Fort Ord, California for advanced training. I spent another 18 months at the Presidio of California Army Base, right next to the Golden Gate Bridge.

In the service, I worked as a Chaplain’s Assistant, and I worked in Transportation. I used to drive across the Golden Gate Bridge almost every day for about 6 months! I drove an Army pickup truck and had to carry supplies from the Presidio to Fort Baker. I also worked in the Quartermaster Store for a while, selling Army shoes and stuff to the troops.

Then, the last 30 days, they sent me down for some training in Southern California. I lived on the desert, and we had desert maneuvers with the Army, Navy, Marines and Air Force. The rumor was that my unit was going to go to Vietnam. But, I didn’t go because my time was up. I had put in my 2 years.

After I was discharged from the Oakland Army Base, I went to Sacramento State College (now California State University, Sacramento) where I got my masters degree in Social Work. We then lived there for two years. It was an exciting time. My son lives not very far from Sacramento. We’re going out to visit him this fall.

What changes have you seen in Janesville over the years?

Oh, there have been quite a few changes. When we moved here, the only store at the mall was a Montgomery Wards. They had a lunch counter in there; we’d go in and have a little lunch.

The rest of it was just a field. I think they had corn, soybeans in there, maybe even tobacco. Then they built the rest of the mall, and so forth. JC Penney was downtown, and then they moved it out to the mall when they built it. Sears was downtown right next to the Chase Bank.

My two sons went to Marshall. Then, of course, that was closed. Then they went through Joseph A. Craig High School. They went on to get their degrees at the University of Wisconsin, Whitewater. They’ve had very successful careers. One works near Sacramento, California, and the other up in Green Bay, Wisconsin. I’m proud of my kids, they’ve really done well.

Do you think you’ll stay in the Rock County area?

Oh yeah, we’ve been here 45 years! Same house, same phone number, you know. In Janesville it’s like you’re in the center and you can go to Rockford, Dubuque and Galena, Chicago and Milwaukee from here. We recently spent time in Dubuque for our anniversary.

And I really like the Tallman House, too. I go through there (on the tours) 2 or 3 times a year. It’s great. They’re doing great things out there. They’ve moved the Frances Willard Schoolhouse out to the Rock County Historical Society, too, which is good.

It’s just a great place to live. I wouldn’t want to live anywhere else.