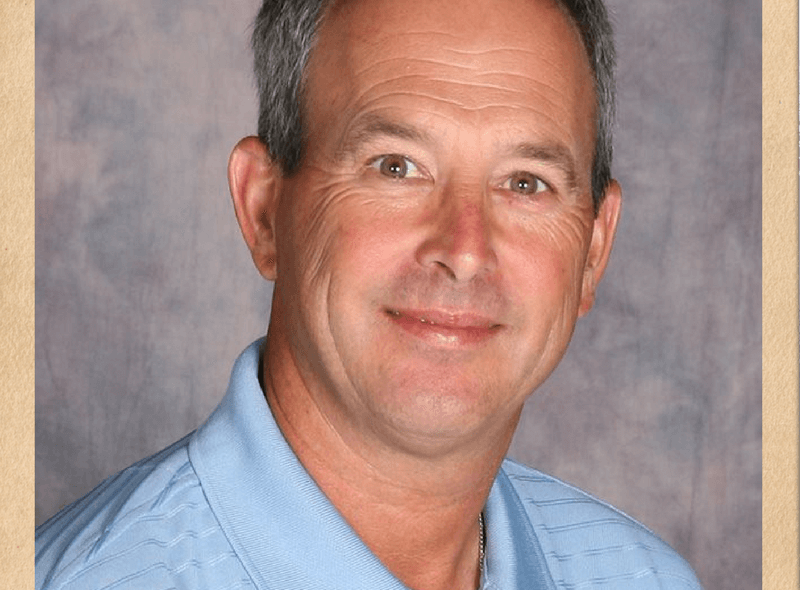 Tell me about a woman or women who have had a positive influence in your life:

Three People come to my mind, and two are in my family. First is my grandmother, Irene Chamberlin. When I was about 7, we were in a restaurant, and my order came wrong, my lunch, and she stood up for me like I’ve never seen anyone stand up. And it wasn’t in an aggressive manner, she just stood up for herself, and as a young person who was very insecure at the time, at that age to see my grandmother do that for me in such a manner…I’ll always remember that. That had such a big impact on me, that she stood up for me. Knowing her history, you know, growing up through WWI, the Great Depression, WWII, she taught me that, if you’re going to do things right, let’s do it right.

Another positive influence was my mother, Helen Murray. She was very progressive in the late 1960’s and advocated for women’s athletics in Janesville. She and Carol Luther, who was a Phy Ed teacher at Parker, really encouraged women to participate in athletics. And at that time, Track & Field was a big opportunity. And, I tell you, some of those young girls really excelled at that. She was a big proponent of women’s athletics and seriously made a difference.

Thirdly, there is this young woman I worked with at the fire department, Jamie Kessenich. I believe last year she was one of the recipients of the YWCA Rock County “Women of Distinction” Award in 2015. I remember her as a recruit trying to get on the job. I was one of the instructors during the physical test. At the very end you had to drag a 180 lb. dummy backwards, with full gear, back 100 feet. She got within 20 feet and she started to stop. We got in her face, literally, and said, “Jamie, you’re 20 feet away. Don’t give up!” And she made it! She got hired, and today she’s a lieutenant! She is a hazardous materials specialist; she started the “Safety Seat Program.” Jamie is a very inspiring young lady.

Tell me about growing up in Janesville, some Rock County memories and changes you’ve seen?

My mom and dad moved here when I was about 3. They’re from Oshkosh, Fond du Lac. They met at the University of Wisconsin Oshkosh, both graduated with teaching degrees. My dad’s first teaching job was at St. John Vianney. That’s how we ended up here. I have lived here ever since I was 3, in about 1959, and attended SJV school.

I was thinking about the ARISE project and the downtown development. Those of us who have been here, remember the downtown and the way it was. How fun that would be to bring it back, it’s slowly coming back.

I remember going downtown, and you’d purchase all your clothing and all your appliances downtown. I remember going into the men’s store, Mural’s, on Main Street and buying your men’s clothes, or Lam’s, which was on West Milwaukee. They had a little more trendy, hip type clothing, that kind of stuff. JC Penney, Sears and Bostwick’s was downtown. Some of my greatest memories were signing up for Little League Baseball. The boys and their dads would line Main Street, a couple of hundred people deep, and we’d walk into Saxer’s Sporting Goods and sign up for Little League. It was a BIG deal!

It’s those kinds of memories that are special. Even in junior high, we’d walk to Cunningham Bakery or go down to Woolworth’s, you know, and get fries and a malt. I think it’s slowly coming back, and thank God those people are tryhing to do that, with Block 42 and all. It won’t be the same, but it’s ‘our downtown’ and that would be fun to see.

Tell me about your careers and how you got to where you are in life:

I went to a private school in Madison studying to be a priest. But, that summer after my junior year I met my current wife. I would come home in summers and meet her. We’ve been married 41 years and been together since high school. So, that changed things!

After high school, I didn’t know what I wanted to do, wasn’t sure if college was for me, so I enlisted in the Air Force and it was the best thing for me. It took me to San Antonio, Texas, and then 4 years down by St. Louis. And that exposed me to a different world.

Janesville was not very diverse at all, but in the Air Force it was very diverse. It taught me discipline, straightened me up! They put me in the Fire Department. My first job was in Milwaukee, but then I was testing here in 1980 and got hired in the Janesville Fire Department. 30 some years later I’m retired. It’s been an amazing journey, how things work out!

That very first year I got on at the Janesville Fire Department, the economy was struggling in the 1980’s. They were going to lay off 7 firefighters. And I was one of them. Every member of the union showed up at the city council meeting and spoke on behalf of saving these positions. The council voted and saved my job by one vote, one local vote. Otherwise, who knows what would have happened. Well, there you go!

I knew that was powerful, not just my union brothers who stood up for me, but the impact of local politics. So, right from that day, I got involved, whether putting up signs for Tim Cullen when he was running for city council, dropping off literature, or traveling. I was there. And then I was a union steward, secretary, treasurer for years.

And then one day out of the blue I said, “You know what? I’m going to try and run for State Assembly. I did that twice and lost both times, first to Mike Sheridan, and then to Deb Kolste. Then because I was still interested, I decided to run for school board, and 12 years later, here I am.

It’s always been important for me to be active, because I see the outcomes. I continue to serve because people stood up for me, and I want to serve those who are coming from behind me, as well. I need to “pay it forward.”