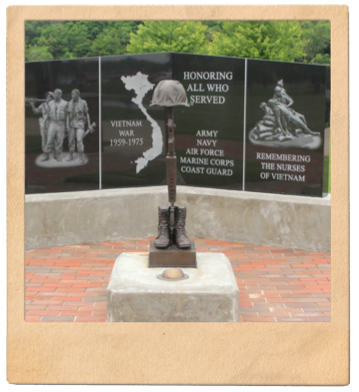 “There have been instances that people have told me you can’t do this, or you can’t do that, and that’s part of the reason I think I’ve succeeded. Because of people telling me I can’t do something. My philosophy in law enforcement was, if you can dream it, you can do it. If you want to quit, that’s your choice. Life if full of choices.”

Meet John Scott, a man who when the world tells him “No”,  he fights back with a strong and firm “YES”. He lives each day to instill that message and inspire the youth of Janesville.

John Scott, originally from the South Side of Chicago, IL., moved to Janesville just after turning the age of two after his parents decided to get their family out of the gang infested area and move somewhere safer for their kids. Scott’s father worked for the railroad, so when they were looking to relocate, he sought out the stops on the train line and Janesville was one of them, which is how they ended up in Rock County. He went to Wilson and Craig public schools- then known as Janesville High School.

After school, he went into the Navy for five years during the Vietnam War, working in the Navy Dental Corps.  As a preteen, he felt he was heading down a bad path, many of his friends getting involved negatively with the law, but accredits a change in his life to his mentor, a local TV Repair Shop owner who taught by example.

“He never preached or pointed fingers about what I was doing wrong. He just showed me how to live life to its fullest without the baggage of the cops are haning out looking for me.”

After he returned from Vietnam, he sought out to fulfill his childhood dream of becoming a police office and in 1975 joined the sheriff’s department and served 23 years there. He points to growing up in the 4th ward as influencing his different perspective as a sheriff.

“I got into police work because I saw the struggles going on in my own neighborhood... It was a tight knit neighborhood, when I grow up in the 50s and 60s. In fact, the 4th ward covered everything south of the river, all the way to Kellogg Avenue. There were a lot of good people who grew up there, and a lot of people who have done very well in their lives… But at the same time, we grew up with a stigma… The only time I felt this hindrance was going into grade school to junior high, where there were a lot of pecking orders that first year about who came from what area of the city, not just from me being the only black kid in the 7th grade.”

Scott also  remembers the trying time the Klan attempted to make Janesville one of its homes,

“There were sometimes when I worried about [Janesville], like when the Klan came here. There were a whole lot of poeple that came out of the wood work that you got surprised by because you never knew what that side stood on.

But when they did come, peopel spoke up and said ‘This is not how I want me city to be!’ And I was very proud of Janesville back then as I still am now.”

Janesville and its law enforcement continue to face challenges with racial diversity and inclusivity. Scott says on the matter,

“When I first applied [to be in law enforcement], a few cops told be back then in ’75, don’t work here cause they’re gonna spend all their time trying to fire you. I remember back as a kid in grade school, there was a Chinese police officer and at nights he’d get beaten up and he left. That was the only non-white person I remember being in law enforcement. Even from the sheriff department, it’s hard to get black officers to apply. They just are afraid of the stirgma they’ve heard about this area.“

Scott is not a man to bow down to life’s tough challenges, and the positivity he carries within himself that he projects on everyone and everything around him is evident almost immediately when meeting him and spending a few moments in his presence.

“Find out what this city can be like if you put positivity back into it. Because from my perspective, this city has come a long, long way. And does it have room to grow? We always have room to grow. If we stop growing- individually or as a community, we might as well pack it in. There is always something else we can be doing with each other for each other. It is a simple matter.”

Contact the RCHS Story Squad if you have any stories you’d like to tell. Either write yours in person at our Wall Exhibit at our Janesville campus, through our website form, tagging #HistoryInFocus on your Instagram post, or by contacting LeeAnn Severson, the Marketing Manager, at [email protected] if you’d like to help collect these stories as a member of Story Squad!