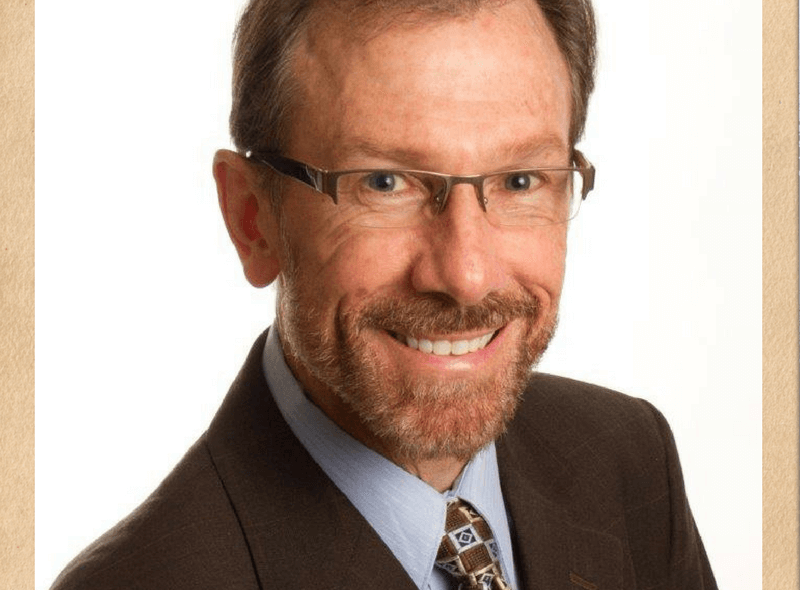 In 2008, General Motors announced that they were closing. We were beginning what we later called the Great Recession, the worst recession since the Great Depression. And then in June, the Rock River backed up and inundated the downtown in Janesville and many of the properties in Beloit as well, all through the county.

The United Way was kicking off their campaign. Dave Johnson, former general manager at the Gazette, asked me to co-chair the campaign with him. We felt like we were operating in a perfect storm, a trifecta of the national recession, local recession with GM closing, and the flood.

The United Way office was flooded, the basement was flooded, equipment was damaged and they had to evacuate the property for a time. There were carp in the parking lot! As many properties did, all along the river they suffered similar damages. So, it was an interesting period because it was unifying, we were all in this together.

We had enjoyed so many years of economic prosperity through GM, and now it was time to pull together throughout, not just Janesville, but the Rock County area. And Rock 5-0 was born out of that and later, it took a few years, but the United Way North Rock County unified with Stateline United Way and became United Way Blackhawk Region. So, out of challenges like that comes unity. And that was what the heart of what the people of Rock County are about already. People here pull together.

It was interesting to see how everyone, volunteers came together and sand bagged all along the river. There was a local law office that had offered office space for the United Way. When we went out on the United Way campaign, I called it the “Rubber Chicken Tour”, we would speak at dinners and wherever they would have us, Tammy DeGarmo, Dave Johnson and I. They were welcoming, welcomed the message. People were digging as deep as they could, even though they knew they were facing a lot of economic setback with the closing of GM.

We were facing a whole new economic model, to try to have people give like never before. Many of the people who were receiving donations or support from United Way had been givers to United Way, and many of those same people continue to give to United Way. There was just that kind of community.

There was a certain fear factor regarding “How will we rebalance and come out of this?” I had friends that lived in Kenosha. I used to work there years ago. These people were around years ago when Chrysler closed their plant. They said it took about 7 years to rebalance economically and for the ‘water levels’ to rise, and for them to resume sort of a normal economy. And that was not during the recession, by the way, that was during a good economy.

So, that’s what we figured … at least 7-10 years for Janesville. And it is coming back, the economy is better than it’s been in many, many years. People have found employment. It’s the lowest unemployment that we can recall. So, things are good in Janesville.

What brought you to Janesville?

WCLO and WJVL radio stations brought me to Janesville. I had worked for 3 different radio stations in Wisconsin prior to this, and an opportunity came up for me to be sales manager for WCLO/WJVL. They were big shoes to fill because my predecessor had been here for 43 years…his entire career. And I thought, you know, even if I stick around through the rest of my career, it could be 30 years and they’ll still be calling me, “That new guy”. You can’t match that kind of tenure. But it’s almost 30 years now!

Then Bob Dailey retired at the end of 2008, and I became the General Manager of the stations. I’ve had opportunities to move up, and I’ve enjoyed this company, the people in this area. Bob Dailey used to say, “Either we really like it here, or they can’t find employment anywhere else.” But, people tend to stay with Bliss Communications. And I found myself doing the same and settling in to this community. Janesville really is home.

It was a company fortified with economic stability, largely due to GM, Parker Pen. Janesville was a community loyal to local companies. People drove GM vehicles and carried their Parker Pens and signed agreements with Parker Pens. That was part of the heritage here. The loyalty is strong. I have former GM neighbors who are still in those same homes, who enjoy this community. We’ve really had to diversify. I’ve seen friends who have had to travel to retain their jobs with GM. Now some of them are able to retire and come back, so that’s a blessing. I think we became more resilient in this whole process.

We found this was a real athletic community, a lot of local races, and people at the YMCA. Packs of guys would go running around the community from the YMCA. I joined in that, ran local races. A couple of guys trained me for the Boston Marathon. So we ran the roads around the rock county throughout all the area. There weren’t trails. Later on, The Spring Brook Trail was built in the early 90’s. One of the #1 tourist attractions is a long asphalt trail with a line on it, but it connects our communities.

Where Rotary Gardens sits now, there were dirt hills with BMX bikers who would ride up and down them, with lots of dust flying, a lot of noise at that given time in the late 80’s. And you look at it now as Rotary Gardens, what a beautiful use of that property! That’s been a huge contribution to this community. To think of what it was then and what it is today, it’s a place of peace, beauty and tranquility. It’s a real gem in this community.

But people pull together in this community. That’s how it is here … hard-working people.

Tell us a bit about your family

When we moved here, my oldest was in 3rd grade, and the youngest was 2-and-a-half. Now the youngest is 30! The oldest is 37. One son is an attorney in Chicago, the other is a graphic designer in Chicago and our youngest son works as a manager for Flexport in San Francisco. That’s a change, he just started a new job. Unfortunately, we’d love to have them here, but that’s the way it goes. They loved Janesville, they loved going to St. John Vianney grade school, Craig High School and they had so many sporting opportunities. They loved the city parks. A couple of my sons helped to build the original Camden Playground. That was fun and exciting, to pull together like that.

March is Women’s History Month, can you tell me about a woman or women who have had a positive influence on you?

There are two women: My mother and my wife.

My mother gave life to 8 children in 10 and a half years. She raised us with my father on the road on business trips about 60% of the time. She was college educated and really used her education, after a short stint in teaching, to teach us. I feel like I got a dual education, one at school and one at home with her background as an English teacher.

She was a very persevering woman. And she showed me empathy. Her mother was bedridden for about 6 years while I was in grade school. I spent a lot of weekends in the nursing home watching my mother care for her mother. And I hung around elderly people, learning their values, hearing the history, what they experienced during the Great Depression, growing up, stories about horse and buggy days, and watching the advent of most of the conveniences we enjoy today.

So I hung around a lot of older people, and my mother really taught me empathy. She was a sweet lady, the type that would do anything for anyone, and was very patient. To raise 8 kids is a major feat. Her mother was a home economics teacher, and so she had great cooking skills, but she had to cook for an army. I realized later on in life how good a cook she was. But, when you’re eating egg noodle spaghetti and mashed potatoes and hamburgers as a kid in those days, I didn’t realize how good a cook she really was. But, she was a great lady.

And my wife, I call her Persevering Patty. She has taught me to find joy in all circumstances. She lost her father when she was in high school, in a snowmobiling accident, and lost 4 siblings in the last several years, all who all died much too young.

We spent a lot of time running together, coaching cross country for the boys and girls 4th through 8th graders at St. John Vianney for 12 years. So, that was a real joy in our life. She then ran the Boston Marathon with me in ’96. She didn’t think that she could become a runner. She struggled with some pulmonary problems, but broke through, improved and later qualified for the Boston Marathon!

She has been a great partner in my life; we’ve done a lot of Marriage Preparation programs together. We’ve been married 39 years. We started doing the Marriage Preparation programs when we were married only about 7 years. As our relationship matured, we worked those stories into our presentations. We kind of evolve. I like to say I’ve been married 3 times, fortunately to the same person! We grew and matured, and fortunately Patty doesn’t have the same man that she married. Maybe I’ve improved over the years … that’s the idea. Anyway, she’s been a great partner.