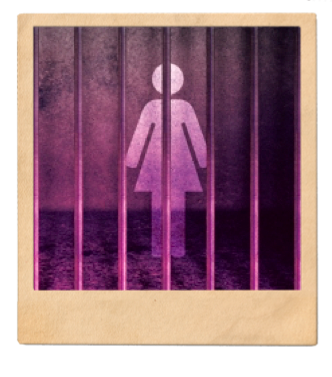 The United States has the highest documented incarceration in the entire world, a title that has been held since 2002. Since the late 1970s the U.S. has seen a decline in its crime rates. Yet the country has seen the largest percentage of its population being incarcerated over the past decade, with prison and jail population rates projected to keep growing in future years. Incarcerated women and their challenges are often overlooked by the public, but they have seen the most rapid growth in prison and jail population statistics, with an 832% increase in prison population since t977 and 33% of the entire world’s female prison population incarcerated within U.S. borders. 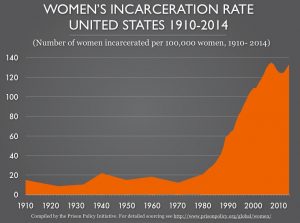 US Women in Jail

This past Thursday, Project Director of Sentencing and Corrections at the Vera Institute of Justice (NYC, NY), Nancy Fishman, visited Beloit to deliver “Shutting the Front Door: Exploring the Use and Misuse of Jails in America,” a talk that focused on the use of systemic data-driven policy and practice reform to improve the justice system and trends of Rock County’s incarcerated population.

Tackling an incredibly complicated subject matter, Fishman broke down prison and jail population trends and why the spike of the population to the audience,

“Why does that happen? Why this variation in trends? There’s a smaller why… It’s not so much a why as it is a how. How do so many people end up in jail? The global justice system is sort of a system in name only. The reality is it is made up largely of autonomous factors that don’t report to each other. There isn’t one person that is responsible for the size of the jail. One thing that happens when I go out and talk to communities, is it becomes very clear to them there was no moment where the community or one person said ‘this is how we want to use the jail.’ In fact, no, you have a whole series of safety-seekers and a different set of gatekeepers.

Police and law enforcement decide where to police and whom to arrest. Prosecutors decide who to charge, what to charge them with and how long it is going to take them to charge… The courts every day make a ton of decisions when moving forward with a case. All of the these are little decisions and they affect the two things that affect the size of jail: How many people go in and how long do they stay there for?

Since there isn’t one person responsible for these things they could all be doing their jobs to the best of their abilities but they’re not talking to each other. So what you have is just what’s left. One of the things we (the Vera Institute) do when we go into communities is ask ‘Who is in your jail?’ and I have yet to go one place that knows actually who is in there.”

When shown the analysis and statistics, Fishman claimed that all levels from police to judges were surprised and perplexed by the actual jail population trends they were being handed.

Though there are still currently a much higher percent of men than women in jail, the female imprisonment rate has outpaced men by more than 50% between 1980 and 2014. The female population is finding themselves incarcerated at much higher rates, as stated above. Fishman said of this population, “85% of (incarcerated women) have a substance abuse issues. And many of them (roughly 85% as well)  have a history of sexual abuse. High rates of trauma; high rates of mental illness. It’s a very challenging population- and very very challenging set of issues.”

According to a separate study by Color of Change, 75% of the country’s imprisoned female population are domestic violence survivors, 82% are survivors of severe child abuse, and 1 in 10 will be sexually assaulted while in prison.

It is important to note in the female imprisonment populations there is a lot of racial disparities that are similar to men’s statistics as well, with the rate of African American women (109 to 100.000) is twice the current rate of imprisonment for white women (53 per 100,000), and Hispanic women at 1.2 the rate of white women (64 per 100,000). Although, there is a noted decline of African American women and a noted rise of imprisonment in the white women population (2000-14 had a 47% state and federal prison population decline for African-American women, while white women saw a 56% increase). Overall, Wisconsin ranks in the bottom half of states for female inceration rates, with Wisconsin’s female population at 45 per 100,000 in comparison with the national’s average of 58 (according to most recent 2014 statistics). 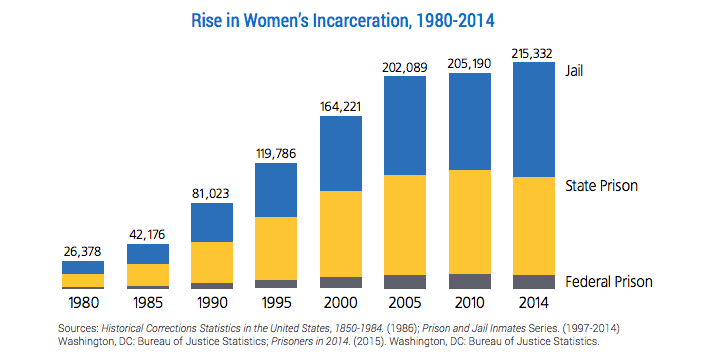 Fishman does not want the U.S. population to feel too downtrodden about these numbers and for people to know there are achievable adjustments that can be easily made all throughout the country to see pivotal changes in these numbers, “Communities around the country are putting into place alternative changes to affect the people coming into jail based on those factors.

A number of places are moving to use a broader use of citations instead of arrests. So for low-level offenses and misdemeanors, instead of arresting you we’re giving you a ticket and a day to appear in court. Crisis intervention teams, police officers, are trained to respond to people with mental illness- not to arrest them but actually being able to diffuse the situation and potentially bringing them to a mental health facility. Ris assessment instruments, which assess people that have been arrested based on risk of failure to appear or sometimes public safety risks and make a better decision about how to release people and how they can go out and help the community before they come back to court….

One of the important ways to keep people from failing to appear in court is actually reminding them to go. Turns out, court is like the dentist. Nobody really wants to go, but you get that card in the mail and think, ‘Oh, I’ve got to go.'”