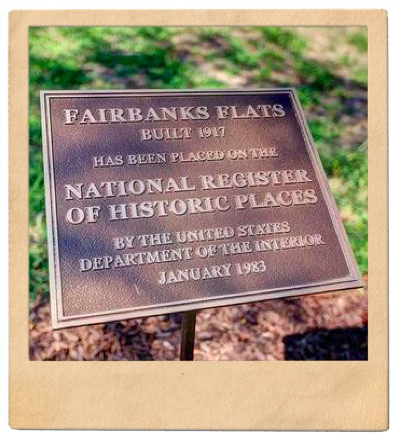 What Rock County city was once known as “Jim Crow Town” and is home to only one of two company built segregated housing complexes in all of the United States?

If you guessed the city of Beloit, you are correct! 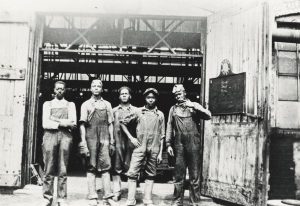 If a minority stayed in the same site for twenty years, they typically would end up owning a home in that area. So segregated housing communities greatly impacted and prevented blacks from filtering into white neighborhoods still to this day. Fairbanks Flats located in Beloit, is one of only two sites in the entire United States that were built with the purpose of segregated community housing. Fairbanks Flats is an apartment complex, run down and very small especially when compared to the Eclipse Homemakers Inc., which were full-sized houses built to for their white employees. The majority of residents were African Americans who had been recruited mostly from the south with promises of better and brighter work opportunities, safer living conditions and better wages in northern towns, such as Beloit (this period and trend of resettlement is also known as the ‘Great Migration’). When migrants realized that while the north was better in some ways, they still faced immense challenges and prejudices 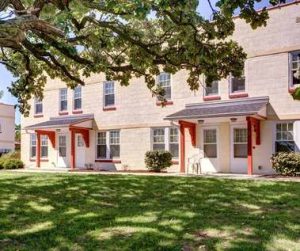 The Fairbanks Flats can be directly related to educational segregation in the city, because schools were divided by neighborhoods. Black students attending the Strong Elementary School in Beloit were put into an additional “portable” of the school, which was seen as a premeditative tool to segregate black students from the white students. Beloit school educators were also comprised of all-white staff, which led to students of color often being overlooked and ignored.

What happened to Fairbanks Flats over time? In the early 2000s, it was viewed as uninhabitable and an eyesore to the community, due to the fact it had been overlooked and was in need of major repairs. A group started, the Fairbanks Flats/Shore Drive Neighborhood Revitalization Group, which aimed to see the Flats’ restoration and preservation.This process took almost a decade long, and in 2011, they a historical marker was placed on the grounds, which is seen by many as acknowledging the Flats’ historical significance to the area as well to the African-American community. Today, the Flats are currently available to anyone to rent and have seen many restorations.

Learning and understanding out history, good or bad, is necessary to building a strong and greater future for our communities. To tell YOUR story, contact the RCHS Story Squad. This month’s theme is stories involving love or hate (or both). Either write yours in person at our Story Wall at our Janesville campus, through our website form, tagging #HistoryInFocus on your Instagram post, or by contacting LeeAnn Severson, the Marketing Manager, at [email protected] if you’d like to help collect these stories as a member of Story Squad!