The event is a fundraiser for the Rock County Historical Society. Purchase online tickets below, or call RCHS at 608-756-4509. 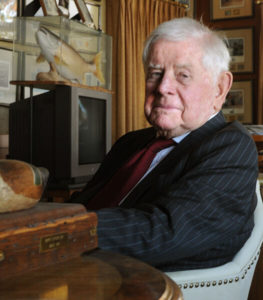 John Paul (J.P.) Cullen was a native of Janesville. He loved our community, his family and friends, construction, and family genealogy. He spent intensive time tracing back the Cullen’s Irish roots. After graduating from Janesville High School and attending Notre Dame, J.P. enlisted in the army in 1943 and was in the 86th Infantry Blackhawk Combat Division.

He joined the family construction business, which he served for over 60 years, after graduating from the University of Nebraska. He continued the company’s partnership with General Motors that began in 1920, building over three million square feet for GM and building the Lion’s share of Janesville Schools including Marshall, Craig and Parker. 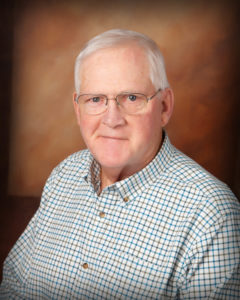 Glenn Lea was the first president of Blackhawk Community Credit Union, a position he held from 1967 – 1996. An employee in several roles at the Janesville General Motors plant beginning in 1955 – including as utility man – Glenn soon became involved in the United Auto Workers Union (UAW).

In 1965, Blackhawk Community Credit Union was formed with the Fisher Body Division of General Motors – Janesville and office employees of UAW Local 95. He helped to make that happen, and within two years became the credit union’s first president. He served on BHCCU’s board from 1965 until 2021.

Your Evening at a Glance

Seven nights for up to six people at the Grand Solmar Land’s End Resort & Spa in Cabo San Lucas.