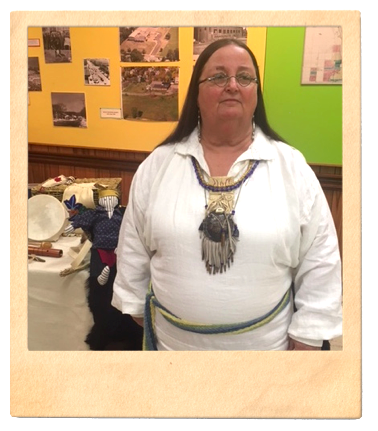 Beloit Historical Society this season is putting on a string of four events called Putting Down Roots. Each of these four events will highlight a different group that make up Beloit’s History. First Settlers/Native Americans (Jan), African Americans Settle in Beloit (Feb), The Tide of Immigration Begins (March) and Beloit: New Home to Hispanic Immigrants (April). We attended their first event, which was comprised of four speakers who touched upon Native American life areas including food, daily life, weapons/hunting, and clothing! 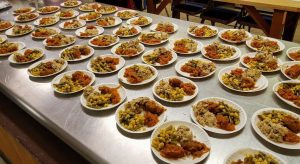 Event speaker, Deb Perry and her husband, Tommy, have been longtime Native American History aficionados and in love with the culture’s rich history. Originally from Alabama, the couple relocated to Beloit because Mr. Perry bought the South Beloit cookie plant which he currently still operates.

RCHS: How long have you both been interested in Native American history?

Deb Perry: “I’ve been doing Native American history since my kids have been in grade school- I am (supposedly) Cherokee.. And so my grandmother would share stories that in the South the lwas about if you had any other drop you weren’t white, so you were hush-hushed because you wanted to be the priviledge people. So I was told not to tell anyone but we’d go out and look for arrowheads and trips. When my sons were in the Boy scouts I’d teach them about the native American history and would teach the adult pow-wows (adults that led boy scouts) and I’ve been doing that since the 70s.”

RCHS: What is one aspect of Native American culture or their daily life you wish you could live in right now?

Deb Perry: I think the quality of the people- there were men shops and women shops but it was all equal. It was not considered odd or unacceptable that if I was a woman who wanted to hunt or a man who wanted to garden- it wasn’t a problem!” 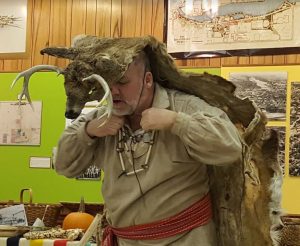 To attend the future Putting Down Roots events go to the Beloit Historical Society’s website or Facebook page for ticket info and more.

Contact the RCHS Story Squad if you have any stories you’d like to tell. This month’s theme is stories involving love or hate (or both). Either write yours in person at our Wall Exhibit at our Janesville campus, through our website form, tagging #HistoryInFocus on your Instagram post, or by contacting LeeAnn Severson, the volunteer coordinator, at [email protected] if you’d like to help collect these stories as a member of Story Squad!